UPDATE 10.27: Because of the storm, we had to cancel the Saturday, Oct. 27 tour because of an emergency situation with the tour guide. We are running a make-good tour Sunday, Oct. 28 at 7 p.m. which is now available. We also opened a tour slot on Saturday, Nov. 3 and this will be our LAST tour of the season!

With a nod to Charles Dickens and Boston's bevy of literary giants like Nathaniel Hawthorne and Edgar Allan Poe, explore the ghosts of Boston's past with a lantern-led walk through the city's historic haunts based on the internationally famous author's spirited stay in the 1800s. 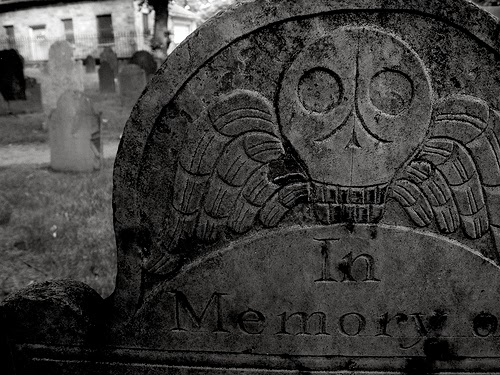 What historic hot spot made Dickens scream with delight? What Victorian-era murder oddly inspired him? Which historic hotel and Dickens hangout is Boston's most haunted?

Scored a Groupon? Spooktacular! Each tour has a limited number of slots so we strongly recommend scheduling your tour sooner rather than later:

2). Click on the "Enter promotional code" link at the top. Enter your unique eight-letter code, hit "apply" and either  the Groupon-2 or Groupon-4 ticket option will pop up based on your deal. Select either 2 or 4 tickets depending on your Groupon.

3). Hit the "register" button and then enter your information on the next screen. You will automatically receive an email with tickets to the event.

Powered by Eventbrite
Posted by Sam Baltrusis at 9:59 PM