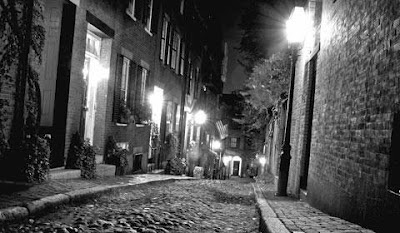 Wanna down a couple of frothy brews with Casper the Tipsy Ghost? (Heads up: he gets a little less "friendly" after slamming a few Pete's Wicked Ales.) With Halloween creeping around the corner and our appetite for spooky stories kicking into high gear, we've assembled a motley crew of nightlife locales that are rumored to be stomping grounds for spirits ... and we don't mean the kinds that come in a chilled martini glass. Nope, our list includes a bevy of atypical haunts, ranging from a sleek new lounge in the Back Bay to an old-school candlepin alley in Davis Square. Whether you're a believer in the "Boo!" business or just an amused skeptic, we recommend you pull up a barstool and swill a pint of hard cider or two before you read on - you might need the liquid courage.